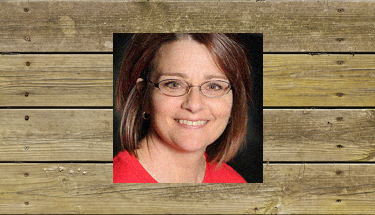 From a Mom and Suicide Loss Survivor to the Media: Your Irresponsible Coverage of Suicide Hurts People

A lot of people are furious and heartsick about the way the media covered Kate Spade’s death by suicide, calling it irresponsible coverage of suicide. This morning when I learned that Anthony Bourdain had also taken his life, my first thought was “Here we go again. We need to post something about how this can be triggering to survivors.”

So far, the coverage of Bourdain’s death has been much kinder and gentler than that of Kate Spade (perhaps because it happened overseas) and I hope the trend continues. It should. Because irresponsible coverage of suicide can spark suicide contagion.

AND—and this is the thing we rarely talk about or hear about—when the media creates spectacle around a suicide like it did with Kate Spade—those of us who have lost someone to suicide often experience our own trauma all over again.

So what? Reporters Are Just Doing Their Jobs, Right?

I used to think that.

I “grew up” from a career perspective in marketing. My years at L Brands and then at Cheryl’s Cookies taught me a great deal about how to communicate with customers. I was good at my job and was part of a leadership team that saw significant sales growth over the years. I understood the importance of appealing to my audience in a way that would win their business.

Before August 8, 2012, I would have told anyone who didn’t like how a business was being run where the door was. If people would complain about how the media did their job, my typical line of thinking would go like this: “They are reporters. They have a job to do. Their job means reporting in a way that garners as much attention as possible. It’s at least, in part, how they measure success. If you don’t like it, quit watching/reading.”

On August 8, 2012 everything changed. My son took his life. So I found myself on the other side of suicide. I became a “survivor of a suicide loss.” Never in a million years did I think I’d be here. I now have an entirely different perspective on how some reporters/news outlets do their jobs.

And I’m not alone. Even the media called out the media on the Kate Spade reporting in this USA Today article, drawing attention to the fact that sensationalized reporting sparks more suicides.

It’s a good article. Yet there’s no mention—rarely a thought given—to what those images create in the minds and hearts of those of us grieving the suicide deaths of our own loved ones. And there are millions of us. For every suicide, at least 135 survivors are exposed. That’s 5.5 million annually, if you’re counting. And you should be. According to a new report from the CDC, suicide rates have increased in nearly every state over the past two decades, some more than 30 percent.

Media. Here’s what I wish you understood.

This week has been difficult. And yes, it was brought on by how the media reported on Kate Spade’s death.

When I stumbled across footage of her body being brought out to take to the coroner’s office, I was horrified. This is what it triggered in me: “I didn’t watch my son’s body being brought out. I ran to the neighbors’ so I wouldn’t see it. Does that make me a bad Mom? What kind of Mom doesn’t stay with her boy for as long as possible?”

When I saw specific details about how Kate Spade took her life, I thought I would puke. I don’t even know the specific details surrounding my son’s death, by choice. “What kind of Mom doesn’t pour over every ounce of the coroner’s report trying to find a reason why (why? why?) her boy did this? Did my son suffer? Oh, my baby. How could this have happened?” And the thoughts continue down an unproductive, painful path.

I’ve received text messages, phone calls, instant messages this week. What I hear most is “why why why,” and then that leads directly into their personal experience. They question themselves, doubt themselves. They communicate regret, pain, and guilt. Some people even wonder out loud what the point is of continuing to stay in the fight. These are hard thoughts and hard conversations. My heart aches.

I can’t help but feel like the news media stepped into a room of people who are coping with emotional pain and trauma, stirred it all up, and then left the room without a care in the world. I know I’m generalizing and I’m making some assumptions about reporters that may not be fair. But my heart just aches so much. Irresponsible coverage of suicide is hurtful. I want people to understand the impact of their words. In an effort to “do your job” and be “the best reporter,” you create a trail of hurting people.

Survivors. You are not alone.

For those loss survivors that follow my blog, please know that I am thinking of you. You are NOT alone. I ask myself, “Why am I being so triggered by a complete stranger’s suicide? This isn’t rational. I didn’t even know them!”

If you are beating yourself up with thoughts like this, please stop. Please hear me loud and clear that the coverage we’ve heard—and perhaps are about to hear with the loss of Anthony Bourdain–is triggering. It is hard. And it may be causing us to revisit our own pain and even question past decisions. One breath at a time. Talk to someone! We are in this together!

Reporters, media, and everyone who shares socially about suicide, please understand that suicide is a public health issue, and not just for those who might be suicidal. It’s also a health issue for those of us who have experienced suicide from the other side, who re-grieve and re-experience our loss with each sensationalized story. Please understand the importance of avoiding irresponsible coverage of suicide. Your words and your images matter. Learn more here.

My thoughts and prayers today are with the families of Kate Spade and Anthony Bourdain, and as always, with the millions of others whose lives are impacted by suicide every single day.

Denise Meine-Graham is the founder and Executive Director of Franklin County LOSS (Local Outreach to Suicide Survivors) a non-profit that provides resources and services to those impacted by suicide loss in Columbus, Ohio. In 2012, Denise’s son Drey died by suicide.