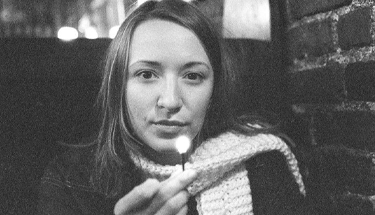 by John. John’s oldest & coolest friend died by suicide in 2010.

Some of us have dreams about our People.

Some of us have dreams about our People. When I start hammering on the old keyboard for LOSS, I try to write something that others can identify with; I hope that things I’ve experienced or noticed can be woven into some helpful theme for other mourners. I have no idea how to wrap up dreams, though. They’re so personal, ephemeral, and illogical that there’s no generalization possible, at least for me. I figure it’s pretty likely we’ve had dreams about our People, so I’m just going to throw my first dream experience out here. Hopefully it eases someone’s stress. These are trying times, so maybe the imagery can distract a restless mind. It’s a nice dream to recollect, anyway.

It took me a long time to dream of A., and I’m glad it did. I never asked her to visit. If something’s Out There, I figured she’d have her hands full with others. If my brain was going to be the sole author, I was worried it would go to places I couldn’t explore without critical insomnia resulting. A brain is just not a trustworthy organ.

But my first dream of her wasn’t like that at all. It was really sweet and unusually straightforward. All you need to know for now is that she was beloved by everyone in high school, and never knew what an outcast was, much less turned up her nose at one.

I’m back in our tiny Catholic high school: lime green cement brick walls, poorly fitted yellow lockers, and fluorescent hallway lighting. I look around, and it’s packed with freshmen. They rise to about my sternum, eddying and clogging everything. But they’re exulting. How can this be?! This is not acceptable freshman behavior!

I turn and see. They’re carrying A. like a victorious coach atop their bony shoulders. They’re positively freaking out, jumping and pumping spindly arms. She was some sort of cross between mascot and goddess to the younger kids in high school, and I can’t fault their taste.

There! I catch her eye for a second and her smile detonates…

Until I, too, am no longer among the living, I will remember the way that made me feel. She could speak with unparalleled precision, or with cosmic emotional power. But now all she used was a look. She said, “It’s OK and I love you.” As usual, her performance could not have been better. It was, then and probably forever after, exactly what I needed to know. Some profound tension unwound from my being, and I felt my various parts aligned for the first time in months. A crucial but inscrutable element of my humanity was restored. But…

The FreshmanCurrent is carrying her away. I can’t hear anything — it’s like I’m underwater. So I do the reasonable thing and start shovelling freshmen out of the way to get to her. I’m just grabbing them and flinging them aside and apologizing. But they’re hauling her away and their parade shows no signs of stopping. I can’t catch up and she’s gone around the corner and holy lord I had no idea there were this many freshmen in this school and — damnit, she’s gone.