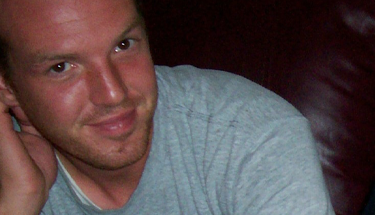 Cassandra is a suicide loss survivor, her brother died in August, 2011. She is also a volunteer with LOSS.

Eight years. Eight years separated us, from his birth to mine. Now it’s been eight years since my brother Eric died. There are two weeks between the anniversary of his death and the anniversary of my life. Anniversary is such a strange word. It automatically conveys a happy and momentous occasion, a cause for celebration. This is something I am struggling with more than any previous year. This year is different, because I will be the same age that Eric will forever be. And two months from my birthday, I will officially be chronologically older than my older brother.

I will be older than my older brother.

I will be older…than my older brother.

I will be…older…than my older brother.

My brain cannot compute those words being put together.

I had thought my grief was difficult to handle right after Eric died. But now, now…it feels like he is dying all over again. Like another piece of me is being ripped away by the idea that now I will live without Eric, in a way that he never got to experience. Eric never got to experience his 30s. He doesn’t get to see his beautiful daughters grow up into amazing young women.

It’s so easy for me to lose myself in my grief and mourning. To think of all the things I will never have, because Eric isn’t here. I tell my friends how difficult the days are right now. I tell them how I don’t know how to celebrate who Eric was and then celebrate who I am and who I am becoming when I’m going to forging into the unknown for both of us. I tell my friends and family how lost I feel.

And yet, even in this darkness that currently shrouds my life, I have so much hope. I have so many friends and family members that tell me they love me. They tell me how amazing I am. They remind me that I have so much to live for and look forward to. All of these people who remind me that, even when I’m grieving Eric, that doesn’t mean I don’t get to also celebrate myself.

I think to myself how incredibly lucky I am to have these people in my life. And I realize that, Eric’s death set my life on a different course. It isn’t better or worse than the course I was on before he died, but it is different. And the most amazing difference lies in the people I probably  wouldn’t have met if Eric were still here (with probably being pretty much 100% certainty). While I will always miss Eric and love him and wish he were still here, I will also always be thankful for the journey his death pushed me towards and the people I’ve met along the way. I am so thankful that these amazing people, family and friends that have become family, are here to remind me that hope is here, is always present, especially when I forget to look for it.